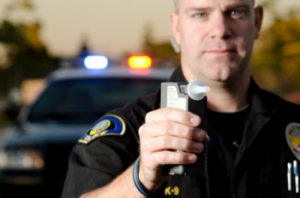 YOU ABSOLUTELY NEED A LAWYER if you have been arrested for DUI in Baldwin County in South AL.

Alabama’s DUI statute is far and away the most complicated misdemeanor criminal law. This is both good news and bad news for a person charged with DUI (Driving Under the Influence). I’ll give you the bad news first.

It is full of traps for the unwary. The penalties for DUI, also called DWI (Driving While Impaired) in some states, change depending on your history, who was in the car, whether you blew, how high you blew and a ton of other factors. Even if you are acquitted of the DUI your license may still be suspended or revoked. And we have not even gotten into the interlock device yet.

If you have been charged with DUI you have probably heard about the interlock. The law regarding this is a train wreck. Here it is, take a look for yourself, I’ll wait–  Alabama Code Title 32. Motor Vehicles and Traffic § 32-5A-191. See what I mean. Particularly on a first offense DUI, this is likely to be the most burdensome consequence. When it applies, how long you have to have it for, and what it is going to cost are all hard-fact-driven questions. I try not to pass the buck like this very often, but if you have an interlock question (and a couple of hours to spend) give me a call and I’ll help.

DUI can be charged at least 5 different ways in Alabama. There are some very nitpicky rules that the police have to follow in order to make a charge stick. That leaves a good lawyer who knows the law a lot of room to work on your behalf. Also the kinds of deals a prosecutor is willing to make on a DUI differ radically between different courts. So it is imperative that you hire a lawyer, one who both knows the law and is familiar with the court you are in.

I started my career prosecuting DUI’s and other misdemeanors in the District and Circuit Courts of Baldwin County. In the last 8 years I have defended people accused of DUI in nearly every court in South Alabama. Let me repeat- YOU ABSOLUTELY NEED A LAWYER if you have been arrested for DUI.